Peter Poulin, CEO
Increasingly powerful applications are putting new demands on data centers (the Cloud, IoT, Crypto-currency mining, AI, ML, and VR to name a few), high-performance servers are consuming more power and more cooling capacity. Conventional cooling systems are having difficulty keeping up. Modifications to these systems have increased complexity, increased cost, extended the time to install, and made maintenance and operations more costly. These market dynamics run counter to organizational efforts to reduce the cost of IT. By radically simplifying how servers in a data center are cooled, Green Revolution Cooling (GRC) is providing IT organizations with an alternative that materially reduces data center build and operation costs, reduces the time required to expand capacity, and makes ongoing system maintenance easy. For the last eight years, GRC has been implementing this new wave of innovation in data centers across the world. Immersion cooling is revolutionizing the way data centers are designed, constructed, and operated. “As a result, GRC enables IT firms to stay focused on IT, without worrying about the required infrastructure that supports it,” says Peter Poulin, the company’s CEO.

The key behind GRC’s flagship product—the CarnotJet System’s real efficiency is the liquid, called Electrosafe – a product that has 1,200 times the heat capacity of air. Not only is this an extremely efficient means of cooling servers, by immersing the computers in this non-conductive dielectric fluid enables the data center to eliminate server fans that consume 10-20 percent of the power. “The power reduction in removing the fans exceeds by a multiple, the power required for our cooling system,” says Poulin. To minimize the complexity, GRC has only three moving parts in the infrastructure, which do not require chillers, airflow engineering to identify and mitigate hotspots, or humidity controls.

“The systems also gives IT organizations tremendous flexibility on where to locate the data center, as it can be located virtually anywhere there is a floor and a roof,” says Poulin, citing the potential real estate and build cost savings.

The key behind GRC’s flagship product—the CarnotJet System’s real efficiency is the liquid, called Electrosafe – a product that has 1,200 times the heat capacity of air

Poulin explains the mechanism of CarnotJet System saying that when computers heat the fluid, the fluid is run through a heat exchanger that is connected to a water loop. The heat is transferred from the warmer coolant to the water out to the cooling tower. Only a small pump is required to move the water in the cooling tower and circulate the coolant in the tank. “It becomes extraordinarily efficient as there are not many moving parts drawing much electricity,” expresses Poulin. “With less mechanical work to maintain the temperature, the delta at each step becomes lower.” In addition GRC’s data center infrastructure management (DCIM) software extends advanced monitoring to proactively detect any issue that might cause a failure. The monitoring system is 2N redundant and the system can be integrated with a customer’s existing DCIM software via BACNet, or SNMP protocols. The monitoring from the data centers is also channeled to GRC’s central command console -- monitored 7x24 by GRC Customer Service representatives. “While the extraordinary heat capacity of the liquid is a built-in deterrent to thermal runaway, GRC wanted to make the system as fail-safe as possible,” adds Poulin.

And, if you don’t have an existing facility for your data center, you don’t need one. “One of the other highlights of our product suite is a Containerized CarnotJet solution, which empowers us to deliver higher capacity containers, at a lower cost as compared to any traditional supplier,” extols Poulin. “Leveraging our relationship with defense customers, we continue to optimize this highly flexible and modular offering.”

Green Revolution Cooling’s data center management solutions are used by a spectrum of industries across the world, including defense, oil & gas services, financial services, HPC, and crypto-currency mining. “Our products are highly matured. We continue to focus on reducing complexity, enabling clients to service and maintain the products easily and inexpensively,” says Poulin. Alongside, the company is also working with OEM server providers to enable customers to extract extra value out of their servers. By removing the thermal constraints imposed by conventional cooling, customer have a great deal more flexibility to optimize their server designs. In collaboration with Supermicro, GRC uses its Minimus server platform to deliver additional value as part of an integrated computer and cooling solution. “In our view, immersion cooling is the next logical step in meeting the challenges that IT organizations are facing relative to their infrastructure,” concludes Poulin. 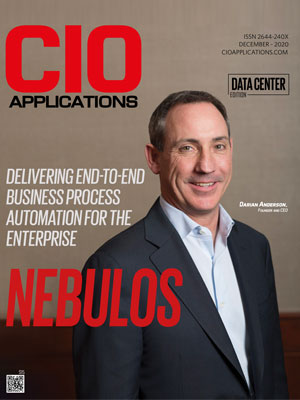 Previous Next
Tweets by CIOApplications
﻿
This content is copyright protected